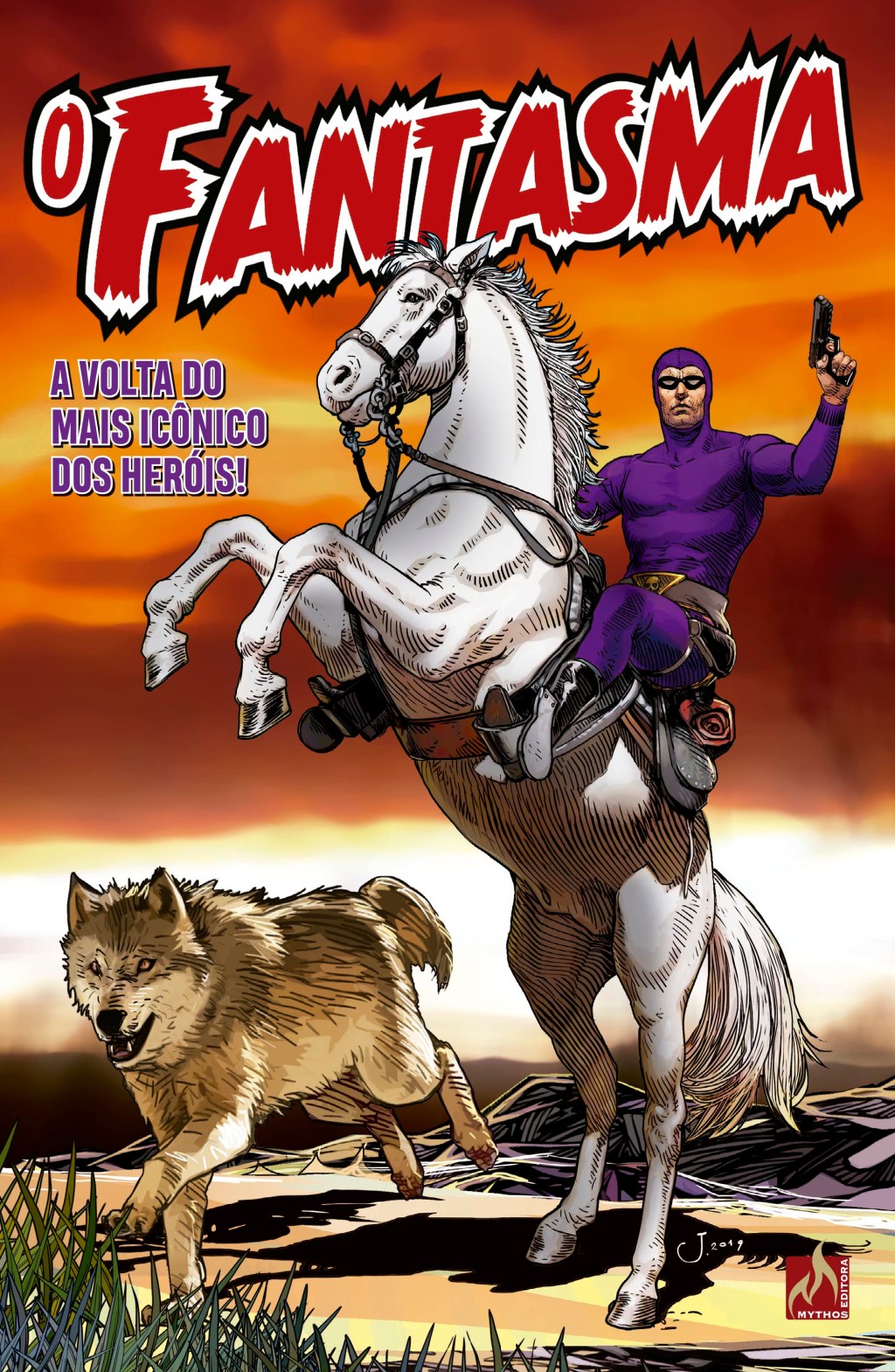 Excluded from the Brazilian serial publishing market, the characters The Phantom has recently returned at the hands of publishers Mythos and Panini, respectively.

After a long time, this classic character from newsstands is back in new serials in the Brazilian market.

Created by Lee Falk in 1936, the famous Walking Spirit is the first masked comic strip hero. In Brazil, The Ghost has been published in newspapers, serial comics and special collections. But lately, he’s been kinda missing from the stalls.

That is why this return at the hands of Mythos is more than welcome. According to the publisher, the new magazine, which is already in the second volume (pre-sale HERE), focuses on the most current stories produced by the Swedish house Egmont. Even there in Europe the character is called Fantomen (“Fantom” = “Ghost” plus “en” = particle designating male gender in Swedish).

In Guarapuava, volume 1 (R $ 12,9) is now available for fan acquisition. Featuring a script by Claes Reimerthi and art by Cesar Spadari and Heiner Bade, the color adventure “War Singh” is divided into two parts. It features the Ghost’s greatest enemies: the Pirates of the Singh Brotherhood. The fighting between the villains and the hero comes from a long past, since they are responsible for the death of the first Phantom’s father and the protagonist’s exile in the Bangalla jungle.

It’s always worth remembering that several characters have dressed in the hero’s uniform in a secret tradition that goes from father to son and feeds the myth that he is immortal.

In the story in question, published in Sweden in 2015, the Phantom finds himself involved in a family fight between Dogai Singh, patriarch and current Brotherhood chief, and his daughter Sandal Singh.

Reimerthi’s narrative has a very traditional style, focusing on action scenes, coping with evil, and punishing crimes. Already the designs of Spadari and Bade are even simple, without much fuss or spectacularization.

In addition to the monthly magazine, Mythos has also released “Ghost Chronicles,” a bimonthly 100-page black and white publication featuring unpublished adventures written by creator Falk and designed by Moore and McCoy.

And to close with a golden key, the Brazilian publisher also launches this September the graphic novel “In Search of the Lost City” (pre-sale HERE), written by Peter David and designed by Sal Velluto; and another special with adventures designed by Jim Aparo and another hero novel written by Falk. These last two are not yet scheduled for release.