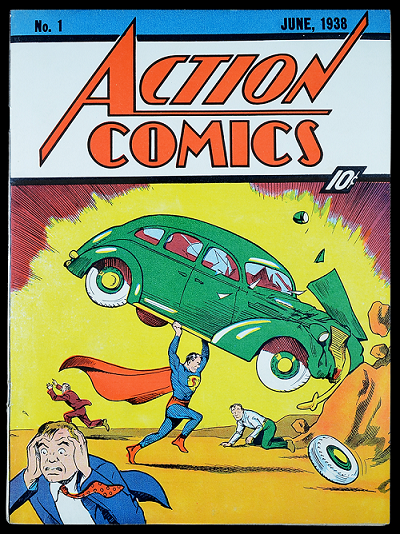 Action Comics #1, graded 8.5 by CGC, featuring the first appearance of Superman, has recently sold for a record breaking price of US$3,250,000 by USA based Metropolis Collectibles.

Although the following isn’t related to the Phantom (feel free to stop reading here), the following is certainly interesting to most comic book collectors, including those who collect Phantom.

This new record breaking price for a single comic book beats the previous record set in August 2014, also for an Action Comics #1, fetching US$3,207,852.

We did it again folks, another record shattered! ComicConnect has just sold a high-grade copy of Action Comics #1 for a world record breaking $3,250,000 to a private collector! This marks the 6th Guinness World Records for us and definitely not the last.

We see Vincent showing us the record breaking comic in the following video clip:

Action Comics #1 (cover dated June 1938) is the first issue of the original run of the comic book/magazine series Action Comics.

It features the first appearance of several comic book heroes, most notably the Jerry Siegel and Joe Shuster creation, Superman. It originally sold for 10 cents (approximately $2). It is widely considered to be both the beginning of the superhero genre and the most valuable comic book in the world.

Comics Buyer’s Guide estimated in 2012 that only 50 to 100 original copies of Action Comics #1 exist.

Take a peak inside an original Action Comics #1 below:

A big congratulations to the new owner of the recently sold Action Comics #1, it’s certainly an impressive addition to any comic book collection.