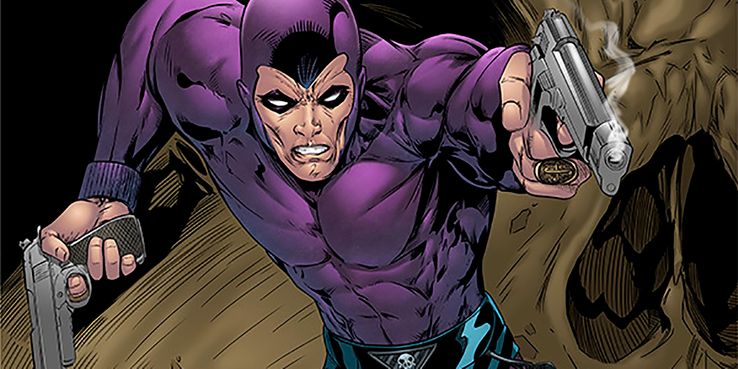 Not all superhero battles take place among the concrete and steel valleys of major metropolitan cities. Some of the most exciting, violent and decisive battles have taken place in the dense, verdant jungles of the world. The jungle holds unique challenges that would never be found in the city.

Not only does the jungle hero have to contend with the villain that is attacking them, but they also have to deal with the dangerous environment, unpredictable weather, man-eating wild animals, and vicious local tribes. It’s a vastly different life from wrapping the crook up for the police and heading to the bodega for a sandwich.

The Phantom was created for the comic strips by Lee Falk and was released by King Feature Syndicate on February 17, 1936. Later, the strips were collected by Ace Comics, Harvey Comics, and Gold Key. Since then, every major publisher has published new Phantom stories.

The current Phantom is Kit Walker. He studied in America before returning to Bengalla when his father was stabbed in the back. In 1536, The first Phantom was attacked by pirates and washed up on the shores of Bengalla. The native tribes nursed him back to health. He vowed to “combat piracy, injustice, greed, and cruelty, in all its forms”. The Phantom became “the Ghost Who Walks” assumed by many to be a single man who has lived for centuries.